skip to main | skip to sidebar

Life is merry when it's very Vegetarian 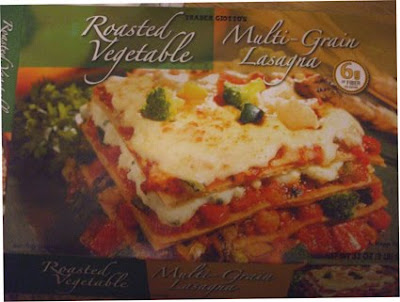 Plant a radish.
Get a radish.
Never any doubt.
That's why I love vegetables;
You know what you're about!

Plant a turnip.
Get a turnip.
Maybe you'll get two.
That's why I love vegetables;
You know that they'll come through!

They're dependable!
They're befriendable!
They're the best pal a parent's ever known!
While with children,
It's bewilderin'.
You don't know until the seed is nearly grown
Just what you've sown.

So
Plant a carrot,
Get a carrot,
Not a Brussels sprout.
That's why I love vegetables.
You know what you're about!

Life is merry,
If it's very
Vegetarian!
A man who plants a garden
Is a very happy man!

-- "Plant a Radish", from The Fantasticks

Among the many resolutions I've made this year, most of which I actually intend to keep, is to eat at least somewhat less meat. It's difficult for me to do, because I'm not one of those people who's going to be sated with a plate of brown rice and vegetables, or hummus and pita, or any of the other things I like just fine but that leave me hungry again in an hour. I loathe tofu. I don't want to eat things masquerading as other things. And I sure as hell am not about to go vegan. But I think a little less meat is not a bad idea.

So this week, along comes something I haven't seen there before: Roasted Vegetable Multi-Grain Lasagna. Now, I like roasted vegetables, and the only pasta I'm willing to eat more than once in a blue moon is whole grain pasta. And it's relatively low sodium for packaged food.

Most frozen lasagne is ghastly. Either the noodles are mushy or the cheese is watery or it has a pronounced processed/freezer flavor...or it's weighed down with enough salt to cure an entire feedlot of pork.

I'm not going to tell you that this Trader Joe's rendition makes cooking your own a thing of the past. It's a bit skimpy on the cheese, particularly the mozzarella on top. The vegetables could be a bit chunkier. But it tastes relatively fresh for frozen lasagne, and it's plenty for two people, unless one of them only eats once a day the way Mr. Brilliant does, in which case you might want to make some of the good Trader's turkey meatballs in some of his organic marinara (which is kind of defeating the purpose of a meatless meal), or a salad, or some zucchini sticks or Something Else Like That. Next time I'll doctor it up with a bit more mozzarella and bring home a semolina bread from Calandra's. Because Mr. B. doesn't eat salad until Opening Day.

This blog is not owned by, endorsed by, or even known about by the ownership, management, or even employees of Trader Joe's. It's solely a gathering place for initiates of the Cult of Joe to share videos, recipes, and Trader Joe's product information.

Trader Joe's and Other Food Blogs